The "Insider" version of Velogic Studio is special build which contains a "sneak preview" of features & bug fixes. It allows us to test those features and bug fixes in a range of real-world conditions before releasing into the main build.
Things to know about the Insider version:
You can tell the Insider version from the main version by the "(Insider)" suffix, which appears in Start menu: 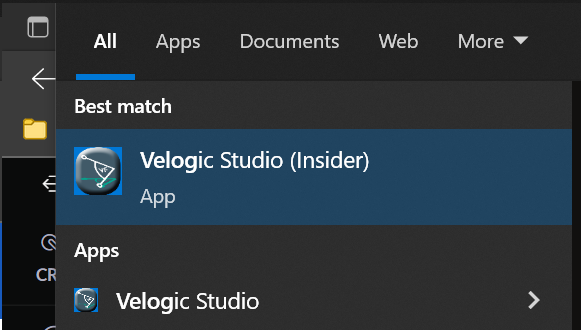 ... and in the title bar of the application when it's running:

The Insider version is expected to be a little less stable than the main version. If you're OK with that, and you would like to get early access to features & fixes, please get in touch (contact@velogicfit.com)